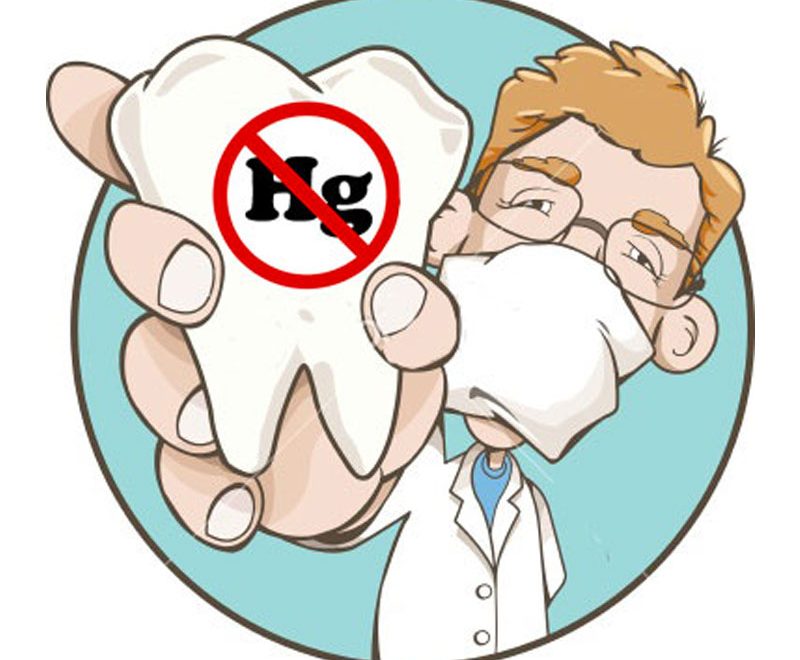 Strictly speaking, the term “mercury free” refers to dentists who do not put amalgam fillings in their patients’ teeth. This term was first used over 40 years ago by dentists who wanted to distinguish themselves from dentists who felt that amalgams were safe and continued to put them into patients’ teeth. Their concern was based on the fact that mercury vapor, the most poisonous, naturally occurring substances on the planet is continuously released from amalgam fillings.

However, the term mercury free was never really an accurate description because even dentists who didn’t put in amalgam fillings still had to remove them – and the removal process released excessive and unnecessary amounts of toxic mercury vapor. But at least not placing amalgam fillings was a good beginning.

Over time, dentists who were mercury free developed protocols, procedures, and equipment that allowed them to dramatically minimize a patient’s exposure to mercury during the removal process. In effect, using these protocols meant that their practices were not just mercury free but also mercury safe – yet until the last few years, they still continued to use the now inaccurate term ‘mercury-free’ to describe themselves. Thankfully things have changed and those practicing and promoting mercury safe dentistry know it isn’t enough to just be ‘mercury-free’ when it comes to protecting the patient, the dentist, the staff, and the environment from exposure to toxic mercury vapor – you also must be ‘mercury safe’!

What is the Difference

Why is it important for patients to know the difference between a mercury free dentist and a mercury safe dentist? Recently a survey showed that 52% of general dentists no longer use amalgam and now call themselves mercury free. But, and this is important for every dental patient to know; not because they were necessarily concerned about safely removing them – but because they no longer felt amalgam was a good filling material when compared to the newer composite fillings.

Not to worry, there is an easy solution to this dilemma. If you are looking for a dentist who will safely remove your amalgam fillings you must ask the following question: “Are you both mercury free and mercury safe?” Bottom line . . . you can’t assume that a dentist who advertises his or her practice as being mercury free (amalgam free), is also mercury safe – unless you ask!

The Advantages of a Mercury Safe Dentist

Unsafe removal of amalgam fillings generates huge amounts of toxic mercury vapor, easily up to a 100 times more than the maximum levels of mercury vapor allowed by all government regulatory agencies. What really separates mercury safe dentists from those who are only mercury-free is that they understand the extent and seriousness of occupational exposure to mercury at the dental office.

They also understand that:

If you have any questions about mercury-free or mercury-safe, please contact our Bainbridge Dental Clinic in Burnaby, BC. We’ll be happy to help answer any questions you have.

Strictly speaking, the term “mercury free” refers to dentists who do not put amalgam fillings in their patients’ teeth. This term was first used over 40 years ago by dentists who wanted to distinguish themselves from dentists who felt that amalgams were safe and continued to put them into patients’…